WOW! What a Budget Day

The pre-Election Budget 2015 was always bound to be an exciting one, so we thought you might appreciate some of the top news items from The Independent:

* The income tax personal allowance is to rise to £10,800 next year and £11,000 the year after, making typical working taxpayer £900 a year better off and cutting tax for 27 million people.

* The transferable tax allowance for married couples to rise to £1,100. * The share of income tax paid by the top 1% of earners is projected to rise from 25% in 2010 to more than 27% this year, while lower-paid 50% of earners pay a smaller proportion than under Labour.

* Employers’ national insurance for under-21s will be abolished from this April and for young apprentices from next April.

* A “major review” of the business rates system and the reduction in the annual investment allowance to be set at a rate “much more generous” than £25,000.

* Class Two national insurance contributions for the self-employed to be abolished in next Parliament.

* The annual tax return will be abolished altogether, replaced by digital and online systems.

* A penny a pint will be knocked off beer duty, cider duty will be cut by 2% and duty on Scotch whisky and other spirits also cut by 2%. Wine duty frozen and duties on tobacco and gaming also unchanged.

* The fuel duty increase which was scheduled for September is cancelled.

* The pension pot lifetime allowance to be reduced from £1.25 million to £1 million from next year, saving £600 million annually.

* Government to legislate next week on diverted profits tax aimed at multinationals shifting profits offshore, and bring it into effect at the start of April.

* Tax rules to be tightened to prevent contrived loss arrangements, use of foreign branches to reclaim VAT on overheads, clampdown on “umbrella companies” and ensure entrepreneurs relief is only available to those selling genuine stakes in businesses.

* The measures on tax avoidance and evasion to raise £3.1 billion over the forecast period.

* Review on the use of deeds of variation to avoid inheritance tax, to report by the autumn.

* Bank levy raised to 0.21%, raising an additional £900 million a year, with banks to be barred from deducting compensation for mis-selling from their corporation tax bills. In total, new banking taxes to raise £5.3 billion across forecast period.

* Reduced rate of increase in company car tax for low-emission vehicles – with other vehicle rates rising by 3% in 2019/20.

* Support totalling £1.3 billion for oil industry includes cut in petroleum revenue tax from 50% to 35% next year and in supplementary charge from 30% to 20%, backdated to January

* Law change to allow pensioners to access their annuities, with 55% tax charge abolished and tax applied at the marginal rate.

* A new Help To Buy Isa for first-time buyers allows the Government to top-up by £50 every £200 saved for a deposit.

* A new personal savings allowance from April next year means first £1,000 of interest on savings will be tax-free

Whether you're starting from scratch or have been in business for years you'll benefit from working with Trio Accountancy Services advice on how to take you to the next level. 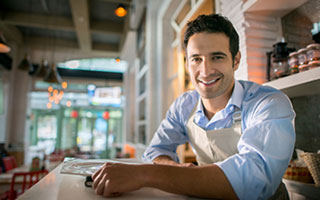 We work closely with our clients and act for a broad range of business.... 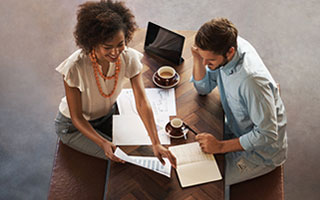 Simple way to contact us. Just fill in a simple form. 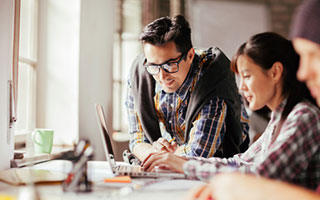 Find out details about what we can do
for you.

This site uses cookies which are small text files that are placed on your machine to help the site provide a better user experience. In general, cookies are used to retain user preferences, store information and provide anonymised tracking data to third party applications such as Google Analytics. As a rule, cookies will make your browsing experience better. However, you may prefer to disable cookies on this site and on others.

Cookies are not unsafe or in themselves a threat to your online privacy as we don't store sensitive information such as contact details or payment information, but recent legislation requires that website owners give as much information as possible about cookies used on a website and clear instructions how to refuse them, should you so choose. If you do choose not to allow cookies, please be aware that this site may not be fully functional.

These cookies are important for allowing your website to operate effectively and as such will be enabled by default. Please note that these cookies do not gather information about you.

As the site is developed via WordPress, there are plugins which create cookies that help with website performance and security.

WordFence is a security plugin used by WordPress to block malicious attacks made to the website. More info on the cookies they set can be seen here.

We use Google Analytics software (Universal Analytics) to collect anonymised information about how you use . We do this to help make sure the site is meeting the needs of its users and to help us make improvements. Our analytics service provider's policy can be viewed here.

If you wish to opt-out of Google Analytics completely regardless of the website you are on, please visit the following link here to install an addon within Google Chrome's browser to disable Google Analytics.

You can use your browser settings to set whether cookies are enabled or not. Please bear in mind that doing this can have an adverse effect on how the website performs.

As a valued member of our community, we appreciate the trust you place in us to make sure all your critical services continue.

We are committed to an evidence-led and common-sense approach to containing the coronavirus outbreak and mitigating its impact on employees, customers and our wider business operations.

Please be assured we are preparing for our services to continue as normal. We have business continuity plans in place to minimise the risk of infection and make sure we can continue to deliver a business-as-usual service to our customers should an infection occur at an office. These include implementing clear guidelines for employees, providing support and advice for anyone who needs to self-quarantine, and issuing guidance on following safe hygiene practices across the organisation.

You can find further information on Covid-19 below to keep you updated: